Tanjorel: You can see moff's anger in his face after watching Din copying his speech

Dark Shadow: Bill Burr has showed not only is he a great stand up comedian, he also is a fantastic actor.

Vince Mallozzi: All Mayfield episodes seem to rock with great story lines and action. I hope he continues to be part of the Mandalorian series.

Connor King: They made such a great use of Bill Burr this time. He was able to add a lot of grey and depth to both sides in this episode. Another great one

theshining endereye: Only part of this episode i understood was operation Cinder thank god I played battlefront 2

Code Orange: Boba's new design looks sooo good. The cleaned up paintjob with the black robes fit so well together.

Michael Wolf: Well... Bill Burr was amazing. I had my doubts, but that performance was superb.

Dominique Norman: The fact he show his face tell me he do will do anything for Grogu that his son and when Mayfeld kill his boss that got his men kill and civilian to The Mandalorian understood why he did it and we probably going see Mayfeld again

Task Force: I love how you used Simpsons in comparison to Mayfeld walking in and out. 😂

Jurassic News Network: The color of Boba’s new painted armor is a reference towards Kenner’s Boba Fett figure from 1979

David Schwager: What is a foundling?

MeeseeksDK: mando only 3 seasons ..... hmmm im gonna say it will be more like 5 seasons,

Lukie: Can you answer me Why doesnt Fett get a decent pair of pants instead of that awful tusken robe. He repainted the armor but still didn't change his old outfit. Hopefully he will get a jumpsuit soon. What's your theory on that Paul?

Nikola Milenkov: 5:40 its a tank trooper from rogue one not a morph between stormtrooper and first order snow trooper

HeilSatan: And yeah mate, Boba in his repainted kit was DOPE! I definitely saw that as him finally embracing the Mandalorian side, and I feel like the end of last week's episode he really gave off the vibe of respecting Mando and sort of seeing something noble in the old ways. I'm SO here for this. Like...I think this is better than Boba in Legends, it feels more like a natural arc for his character.

Melvin Bagby: Why would you cancel your Razor Crest? Ridiculous.

Julius Cruz: Damn can't wait for the next episode sure Bo Katan's team will join them on the raid! haha

Sunstar: This shows Mando’s melee skills outside of a near invincible suit. For a moment I thought Mando would have been able to put his helmet on after the scanning but then he really got exposed. Side note: one of the still pics in the end looked like Poe Dameron.

Ray Herrera: I hope they have a new season

bob crandall: There still heading toward the sequel trilogy witch we all know it's garbage and still no Luke. love the show but still disappointed with it

Tommy Eels: I have a feeling that boba and fennec will turn in the end. Their deal was to ge the kid back and when they do they don’t have to have m anything to do with mando. Wasn’t boba supposed to be ruthless and cold blooded but he comes across in this very well .

Team Allday: Um no they were already signed to four seasons already

jacidstorm: I like how naked and uncomfortable Din looks without his helmet

V. Ward: Is your wife cheating with the mailman?

Ruben Joshi: Mayfield is what finn should have been

Ka F: If they end it in a tragedy cliff hanger thing and not doing season 3 without reuniting mando and the kid, I'd be devastated.

DCFAN 7953: Disney said there gonna be a season 3 and 4 of the Mandalorian and they have said they want the show to go up to season 6

AyanneCZ: How is noone talking about the fact that Bill Burr of all people is the only one to have seen Din's face and lived? And how cool he was about it? :D

criz nittle: Boba is either working directly for Moff Gideon, or generally for the Empire itself.

John Edward Gross: I loved it! I love this channel! This is the way! Bring on that LOTR 4K!

vnguyen319: I wonder what mando will say to the armorer when they meet again

Kadarious Daniels: I’m telling y’all the Jedi who is coming is Cal Kestis what other reason would they cast a video game character to look the same as the person doing his voice

Jonas Comb: Stupid, useless episode. I was disappointed unlike the last 2 epic episodes and I lost sleep because I waited for it to be uploaded.

Walking_ Doomed: I love the tension that was building in the toast scene, you could feel Din wasn’t sure what to do. When Mayfield killed the officer and everyone just looked at each other, it was hilarious. Great episode and good redemption arch.

hellbilly69101: That Fett Armor got cleaned!!!!! Damn, Boba got that sucker beautiful!

Platycqb: Mmmh that strong attachment that Mando is showing to Grogu (and probably reciprocated) doesn’t bode well for a proper Jedi training. Wonder how that’s going to pan out.

Thomas Ash: This was a great episode but surprisingly only 33 minutes long, hopefully the finale will be longer.

Bathroom Boyz: Me after seeing this episode: *I would like to see the baby*

Asyraf Fauzlan: Mando took his helmet off is like holding a breath in a water.

Mister Mena: Once the child is free of his sith training mando will train him in the way of the mandolorians and the show is named for this reason. It explains why we ever see the child in the Disney trilogy it’s clean it’s easy it makes sense.

zi0: It was honestly an "OK" video. Im a bit ambivalent about the show. I mean its goooood. But you can almost already guess whats gonna happen in the episodes. Its all a bunch of Fetch quests, but with HUGE fan service. Its honestly a bit meh for me. Theres not enough time. The episodes are way too short. If it was more like a 50 ish min per episode, it would be so much better. The writers would have more time to write deeper stories, and the characters could evolve more.

Dustin Chambers: Theres going to be atleast four seasons, apparently they are planning to do a mace windu show and hes gonna be introduced in the fourth season of mando

Daniel Hammond: A twist is gonna happen next week. Our minds will be blown

William Fuchs: They announced that season 3 is coming next Christmas

ru lover: download The Mandalorian with a direct link in https://melomovie.com/movie/152/the-mandalorian

King K Rool: next week episode should be called The Rescue or The Showdown.

Al Davis: It'll be interesting to hear his next conversation with the armorer..

Steben Velasquez: WHERE IS DA BABY, IS HE ALRIGHT????? Great video bro, I literally screamed when I saw the seismic charges

Crowkiller06: Got a serious Inglourious Basterds vibe when Mando & Mayfield had to sit down and have a drink with Brake's character. Looking forward to next week. Mando's pissed, and he wants his Son back!

Pronkman666: They aren't called scarif or morag troopers, they are shore troopers

Tex Namba: This isnt the way anymore, he shows his face!

Stephanie Proulx: It is said that Mandalorian will have 4 seasons... 🤔

Allen S: So a big battle is about to happen. I hope the next episode is like five hours long 😂 and we better see a Jedi!!!

Floyd Smith: If you listen closely. The first Morak Trooper chasing them on the dam cliff side clunks his head on the large window blind. Throwback to A New Hope.

Bill Tyson: Not your wife lmaoooo

Denz B Balagtas: Just goes to show that not all the imperials are fanatical to the emperor's cause. I loved the way Mayfield did the Han Solo thing. I just hope this brings more shows like this that develop the smaller characters together with the main cast.

Brad Laney: Why is nobody talking about the Office Space reference? TPS reports. Hilarious!

Mike Suggs: At the end during the hologram call to Moff Gideon! Mando should say to Gideon! I have hired the Greatest Bounty Hunter in old Imperial Space Boba Fett to track you down and when we find you, You will pay! Then Boba Fett steps into view and Gideon shits his pants!!!!

TheGeneral: Next he is going to clean the slave 2

Mark Novak: This series is going for possibly five seasons IMHO. Other series will be as long for the ones that take off. I sort of want at least one limited type series where we have more at stake for the characters.

yan008: This is just a filler episode to show Pedro Pascal's face, lmaoo

NoOnes Home87: By the force! 😮😮😮 is it possible that the empire is creating starkiller base that is why they are mining those planets?

Thomas Cordero: It's funny how I waited until today (12/11) to look on Google who was behind the mask and then they show it on the episode.

Nathan Rencher: Dang Bobas armor looked clean, Thats lowkey my favorite part of like the entire season. Hopefully he can get the slave 1 refinished too.

elnubnub: OF course bill burr wil get caught by the empire in season 3 and questionned and maybe tortured for information... he saw mando's face, they won,t just leave that hanging like this..BTW is he the NEXT SOLO?? ...he shot first

Gkid Columbus: They killed the people that saved them lol

Gui: The inglorious bastard moment was SOOO good The moment around the Table was one of the best nonaction moment of the season imo

rubbel behuhhul: I'm thinking that Mando will get close to getting back grogu, but that he will ultimately fail. That because he quoted Moff Gideon. You know, because it's like poetry.

John Magus: Man...love this show. Everyone working on it is doing a killer job. Great vid man.

ALIENOIDZ: I would say that Fett paints the armor more than claning it... also its the first episode in which Grogu does not appear! Good Breakdown Heavy Spoilers. 👽

Will campbell: season 3 has already been shot lmao. it was shot before season 2 was even released

Joolsy B: What an episode! A redemption arc I really hoped we'd see this come about this season, awesome.

Ranger 17: Bruh that Seismic sonic charge thing or whatever you call it gave me mad nostalgia from the Obi-wan space battle and Star Wars rogue squadron rebel strike III for the gamecube 🔥 Only the real OG’s remember.

Large Midget: I appreciate that despite being a spoiler channel, you do not spoil anything in your thumbnail pictures. So thanks!

James Fobister: Postman Ian is the 🐐 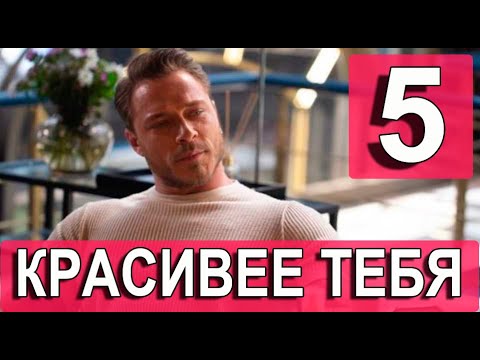