jared alldred: I see alot of people saying rose has the lowest chance of winning, I don't know if you guys knew but Symone lip syncs twice, making her based on past season auto loose the crown, and gotmik wins 2 and bottom 2 once, while rose wins 3 and is in the top most of the season, she might have a better track record then even bianca

Aidan Rhodes: If Denali and Elliott lip sync it will be the double shantay we deserved

Chris Alps: I love how pathetic that RPDR fandom spit on Kandy. Love you girl, don't listen those haters!

Macy Sinrich: I don’t see how Mary can be funny

Louisa Dare: Am I the only one who is actually enjoying this season 😳 Like I kind of don't care if they drag it out because I need something to keep me entertained during lockdown 😩

KB BK: Who was Tina Burner and Olivia Lux portraying in Snatch Game?

Jason: Must be Denali vs Elliott in the lip sync because if it was Utica vs Elliott she sends Utica packing, it gonna be epic....btw Kandy murdered Symone in the lip sync, but these 2 are Ru favorites to make the top 4 🙄

K J: Imagine Denali vs Elliott but ru already wasted a double save on kandy

GREASY GOD: Kahmora is so unattractive even those beautiful dresses can’t make me like her.

Aries Bayeta: I dont agree with the double shantay

Qween Koi: Im so over queens as dudes on snatch game....even gottmik is gonna impersonate as another woman

Kim Sappayani: we can agree season 13 is the worst season ever 😛

Lane Fair: Everyone keeps saying Kandy was kept for drama.. But what drama?? She had one argument with Tamisha ep3 and thats it.

OnerboT: I just say that I will miss Eliott's amazing runways, she always brought beauty, poise and excelence to the runways.

Bradley George: Some interesting impersonation choices there. Don’t know about the Mary Queen of Scots one. Shame Lala won’t get to show us Big Freedia, she’s iconic!

The paines: elliott cant go she hasnt shown her best i believe in her

AJ Alves: I expect great things from Denalis performance as JVN and Gottmik as Paris

Abraham: I really think Simonne lost that lipsync, not a double shantey

Gamaliel: Man who the hell needs a 'covid special' episode All the episodes are covid special since they keep us entertained during this time. One week delay for an unrelated episode is kinda dumb

Fantasea ϟ: Eww why would kandy so rosa 😂 she gonna be safe per usual to force people to like kandy

Mariano Colombo: It was about time someone did Paris! I can't believe Mik wins next episode! That's the ball and snatch game, incredible!

Jennifer Holloway: Elliott was bound to go so its not a big deal - I think they should've let Kandy go, its not like there is any chance she's going to start doing well and make the final 3

PaperVisions: can we talk about Rosé winning the challenge and 5000€ for wearing the worst and looking the most horrible a queen has ever look on the main stage ? While the UK queens on top of the UK charts get a badge ?????

Sam Sherwood: its so upsetting seeing utica placing in the btm3 for the third time :(

Rylee Kirsch: I hate that on snatch game now queens are doing web stars a lot of people don’t even know :((( like when Crystal did ThatPoppy

PaperVisions: Paris Hilton is a very clever choice for snatch game. Seems like the easiest character to impersonate when you're not a comedian. Gottmik might not be a very charismatic and interesting queen, but at least she's a clever one.

Fardi Orin: Remember when anyone deserves to win a challenge? Yeah, season 3 does.

Nico Nico: I think once you get eliminated at snatch game, you e shown all you have.

Evie: This series is getting boring now which is a shame ☹️

Dylan Brokenshire: Why are they doing a special? Do it before the final like in other seasons. Season 13 is an epic fail im sorry. Not the queens just the format. Its been on for 2 months now and only 4 queens have gone home. It seems like they are just stalling for time

iMike 825: I think Elliott enjoyed everything but I don’t want see her on All Stars for a few years.. once she’s matured more.

Jackson W.: Lip sync between Denali and Elliott is gonna be so good lmao

satele s: drag race US is a show in decline

Facundo Moheda: I love Denali. I need more of denali. She needs to step up

SFS Leaf: Elliott has overstayed her welcome this season, i think it really is her time to go

Jungle Kimmy: I mean Utica as Bob Ross, it must be good as fuck

kmpiano1: If THAT’s actually Rosé’s look, she will finally bring it to the runway!

h͙u͙m͙b͙e͙r͙t͙o͙: i actually think that kandy was better than symone in the lipsync...

Adroid Advice: I can't stand Tina Burper...but I think I would have enjoyed seeing her do Rachael from blade runner.

Grimes: After seeing the wig Utica uses for bob ross i'm not shocked she's in the bottom lol

fff fff: 1) is going rose to do tremendous like really so in a bad way or it was ironic ? 2) the yellow looks from the eliminated queens were kinda lacklustre

Ronald Guzman: This season is going to last forever!!

Drew Gruenberg: These can’t be for real the characters that they plan on doing. Most of these characters are 1. too controversial, which I doubt production will let them get away with (want proof of this, look at Trixie’s original pick for season 7; she auditioned in her tape with Anne Frank and the production warned her if she brought that character she wouldn’t make it to see snatch game) 2. These characters, except for Paris Hilton, aren’t even people you could make be funny. How do they plan to participate in snatch game with historical characters that there is ZERO comedic value to and think that they’ll manage to do anything but land squarely in the bottom. The whole point of snatch game is that’s an improv comedy challenge, not a damned political/historical challenge... and people wonder their favorites bomb so badly every year at snatch game. Advice for future contestants: if you wanna win snatch game pick a fucking funny character!

Toxique Waste: Elliott should not comeback for allstars no maam

Buck Clegg: why do you spell shantay like that

pippa87x: Elliot should of gone home last time instead of lala

Alex Hughes: Nope i think symone should have gone over kandy

themess: This season is fucked up all over. The toxicity is too much. Drama is good but this ain't it.

MoodyAmerican: I just don't see it for Gotmik. She seems very one note

Alexa Moonlight: I miss the times when queens were stepping Up their makeup to look almost identical as celebrity ;but now its just wearing clothing and hair...

AKUF Organization: I really can’t stand some of you Drag Race stans. Y’all complain about EVERYTHING

Sally Of Stuart: Okey if that’s Rosè look I’m disappointed she could of done Mary’s head on a chopping block has the runway 😂

Rollininstyle: Harriet Tubman... is an interesting choice. It will either be hilarious or a cringe disaster

mike santos: for me lala ri is better than kandy

Chun Rothanak: I don't want to see Elliot go but....... It's anyone game so I want to see her in All star

Kian Diab: Utica has been low so many times yikes

Daniel castañeda: sorry but not sorry, Kandy Muse had to be gone 2 consecutive random episodes in the worst, not fair to the other contestants

Dirk Veldkamp: Not many people enjoyed Elliott on the show but I think shes sickening

Montblanc: So for Snatch game Gottmik is pretty much just being herself?

Adrian Louise Mong: Sad to see Elliott go, if Utica doesn’t get the Miss Congeniality award, better give it to Elliot rather than the lowkey diva b*tch Olivia.

Fè Carro: I understand the elimination of Eliott, but I would like them to keep it in the studio, in the background, when there is lipsync. She cheers a lot and I love the cheering.

Ay Ay Ron: Kahmora was actually planning on walking down the runway naked this week. What you shown was her backup just incase production wouldn't let her.

drew: TAMISHAS YELLOW LOOK IS ALREADY UPLOADED TO INSTAGRAM, IT SHOULD BE A YELLOW FLOWER ELEGANZA LOOK BOOTS THE HAUS DOWN

Farooq Mian: Elliot with two T's leaves and you not sure who lipsyncs with Denali. smh.

Aulia Putra: I prefer seeing Tamisha on All Stars rather than Elliott. 😌 Y’know actually Gottmik got that Paris Hilton vibe on her 😅

Rusty Shackleford: who will Tina burner impersonate??? why did u leave her out??

Alfonz: Rose puts me in the mind of GiGi Goode. She perhaps might win several challenges, which we all know from previous seasons that this does not equate the winner of the season. Personally, I do not feel or see charisma in her as of yet, to be fair.

Sherlock Rigby: Drag galore why didnt u post which character Olivia will be doing???

Luc Praslan: I want Elliott to go... straight to my bedroom. He's so cute 💞💕💓

Tayce: Episode 9 is a little late for a snatch game episode, and still 9 people? will ru eliminate some of them please? some needs to go.

Salvatore Vulcano: "tough Kandy may not have all the fan support, some thought she should have went home in the lip sync against Symone" honey, Kandy won that lip sync

yee yee: Off topic but elliot looks like the mom of violet from the wonka movie

Guiblioteca: Symone lost the lipsinck for Kandy. Periodt. Im not a fan of Kandy, but its the T. 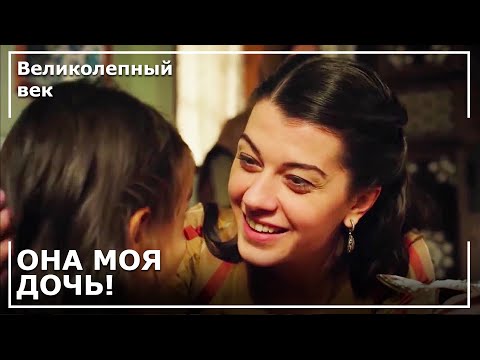 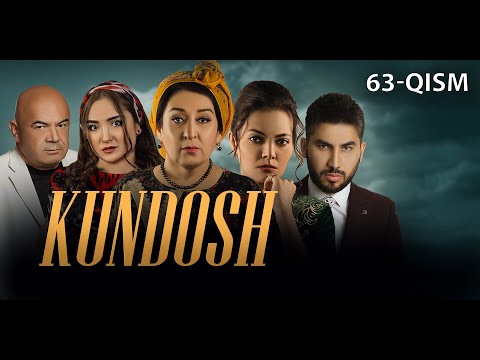 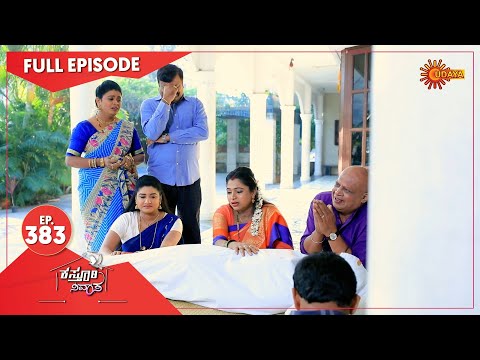